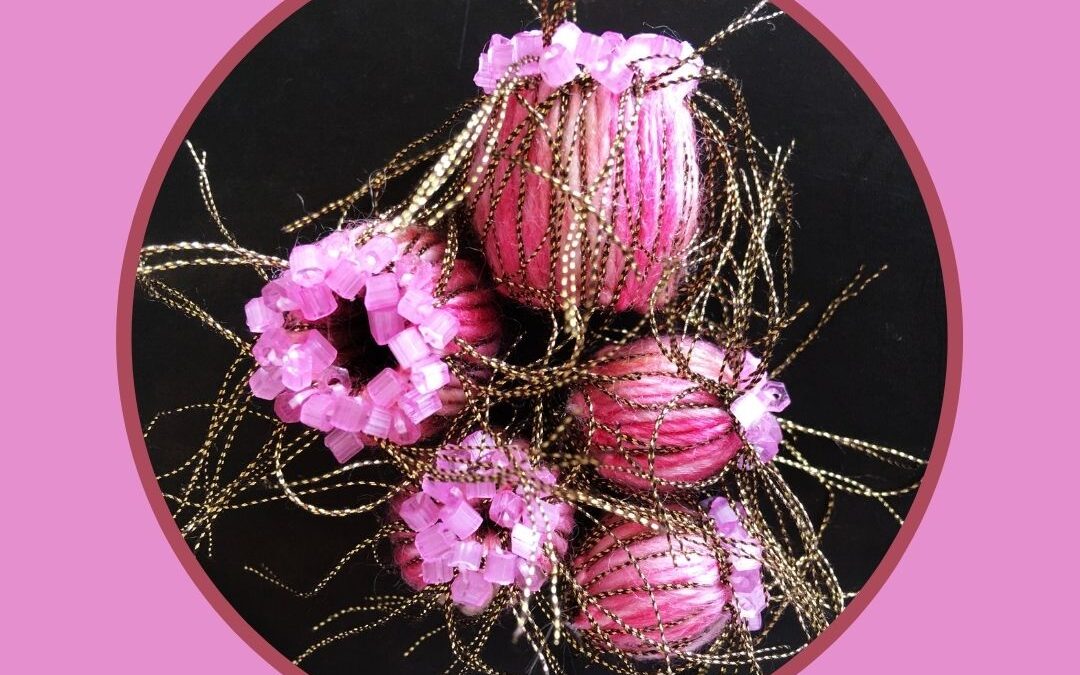 Good old Buttonhole stitch.  It must be among one of the first decorative stitches I learned.

It’s uber versatile and yet so easy to work, creating a wonderfully restorative, relaxing rhythm as you stitch.

I really don’t want to get too deep into the semantics of the Buttonhole v Blanket stitch name debate – they’re both formed in exactly the same way – but the purists may want to research Tailor’s Buttonhole stitch which includes an extra knot or loop along the edge.

Buttonhole’s great as a filling stitch or if you want a crisp, neat edge.  It can be worked over a padded filling or around a large bead to create a stitchable surface for further embellishment.

And it’s believed the Ancient Persians were the first to utilize the concept of buttons, and buttonholes for fastening or closing garments, changing the shape of clothing forevermore.  Buttonholes also appeared in 13th century Germany.

Buttonhole stitch can be seen on the Jane Bostocke sampler dated 1598 – the earliest dated sampler, housed in the V & A Museum.

Grace Christie mentions Buttonhole Stitch in her 1912 book Embroidery and Tapestry Weaving where she states this: ‘Owing to its construction, it is well suited to the covering of raw edges, but is adaptable to a variety of other purposes such as open or closed fillings of leaves and flowers, cutwork, and the outlining of applied work’.

It’s a reliable stitch that’s been around for a very long time, referenced in a number of significant historic needlework texts.

And I just love working with it as you can see here. 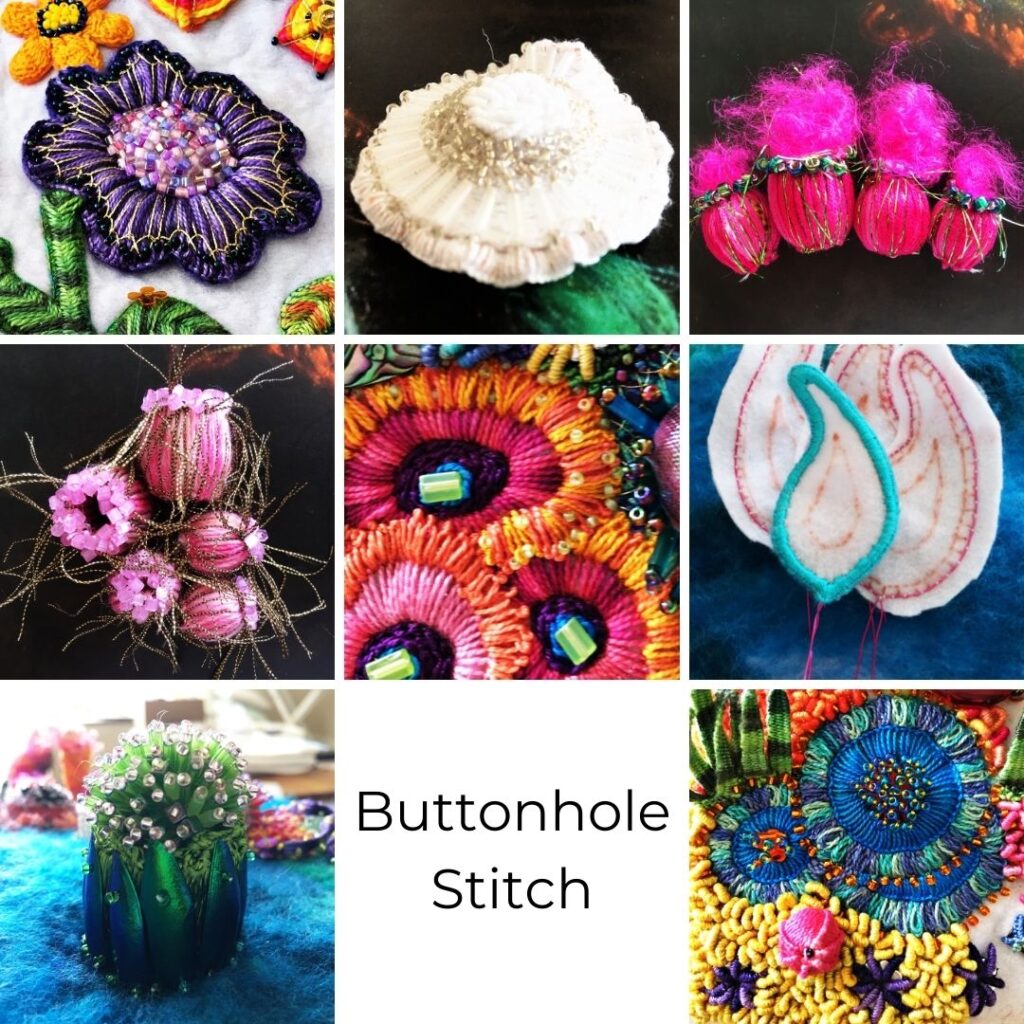 The stunning variety of threads available today beg to be used, but if you also add a little imagination, it’s amazing what you can do with a simple buttonhole stitch.

I’ve been using buttonhole stitch a lot lately to edge, fill and cover – just look at the image in the bottom left corner.  It’s part of a cardboard roll covered with buttonhole stitch worked in rayon thread, to enable me to have something to secure the beetle wings onto.

I’ve even used a buttonhole stitch around an empty cardboard bobbin in a fuzzy thread, creating yet another amazing sea creature – and it worked perfectly.  You can see I’ve worked some fly stitch using a black and gold thread on top, finishing with some gorgeous seed beads in a similar colour.  It would look right at home on the seafloor. 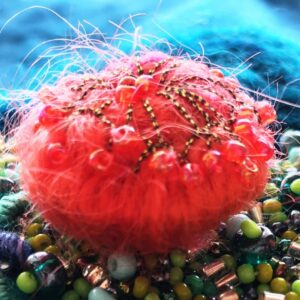 It’s all about combining your materials with your ideas to see what you can produce.

So gather a variety of threads, have all your sewing supplies handy, and embrace Buttonhole – it may add some unexpected pizzaz to your work.

It did to mine.

Keep an eye out on my YouTube channel where I’ll be posting an ‘Embrace Buttonhole for Pizzaz’ video shortly.