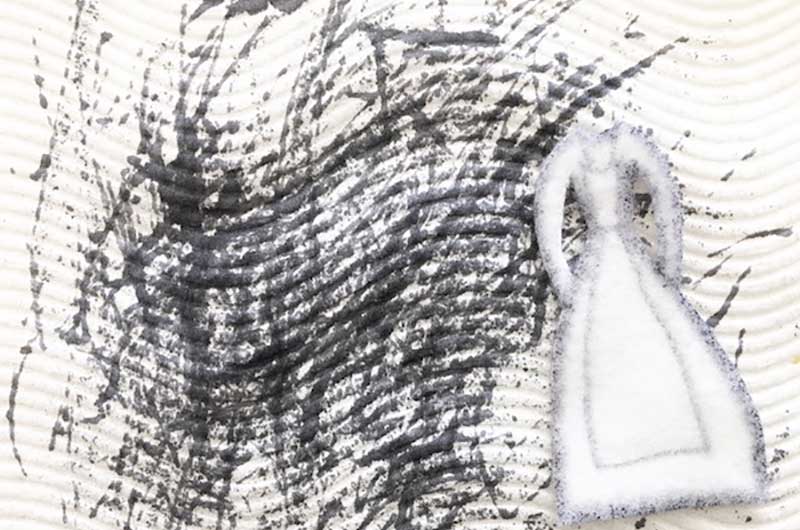 I’ve achieved a sense of what I set out to do with this work. It’s emotive, poignant, moving and ethereal.

But many of these girls were furious at having their freedoms curtailed and raged against their confinement. Now I need to include their anger and frustration to my design. 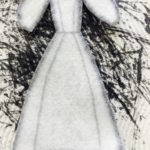 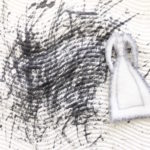 Happenstance, serendipity, call it what you will, it happens. To keep my table clean while shading around each dress, I worked on a paper towel. The resulting marks were telling their own story – they were perfect for the voices of these girls. 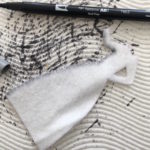 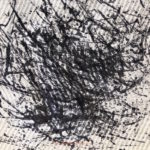 Inspiration from marks made on paper towel

Using a dark grey, acid free brush marker to shade the edge of each dress, left these beautiful emotionally fuelled marks. Could I replicate them? I hoped so as I would be working on an already quilted quilt top – no second goes here! 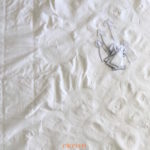 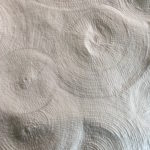 Next was the quilting design. Initially, I thought I’d use something similar to the linear pattern on the paper towel and stitched two lines. Immediately I knew it was wrong and took it out. It was too passive. Traditional quilting is something I haven’t done in a number of years, but I remembered stitching multiple, overlapping circles. I gave it a go. Perfect! 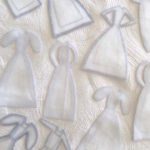 Love the contrast of texture and layout 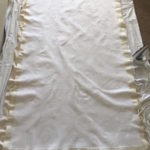 The numerous changes of direction of the quilting showed behind the floating dresses, resulting in a lovely contrast of texture. To ensure painting the quilt top was as easy as possible, I steamed the quilt after quilting. Using wool batting made the three layers mesh together beautifully. 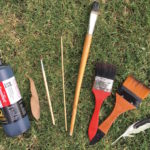 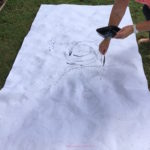 This was the scary part and I tried to be organised and calm. The finished quilt measures 185x105cm so had to be painted outside on the grass. Having marked the centre of the work, I began dipping a dried leaf into the ink and made gestural marks radiating and circling out from that point. The leaf wasn’t successful, so I changed to a feather. It was fantastic. It held the ink well, but also rained circular droplets of ink as I worked. I hadn’t thought of that, but it gave me ideas….