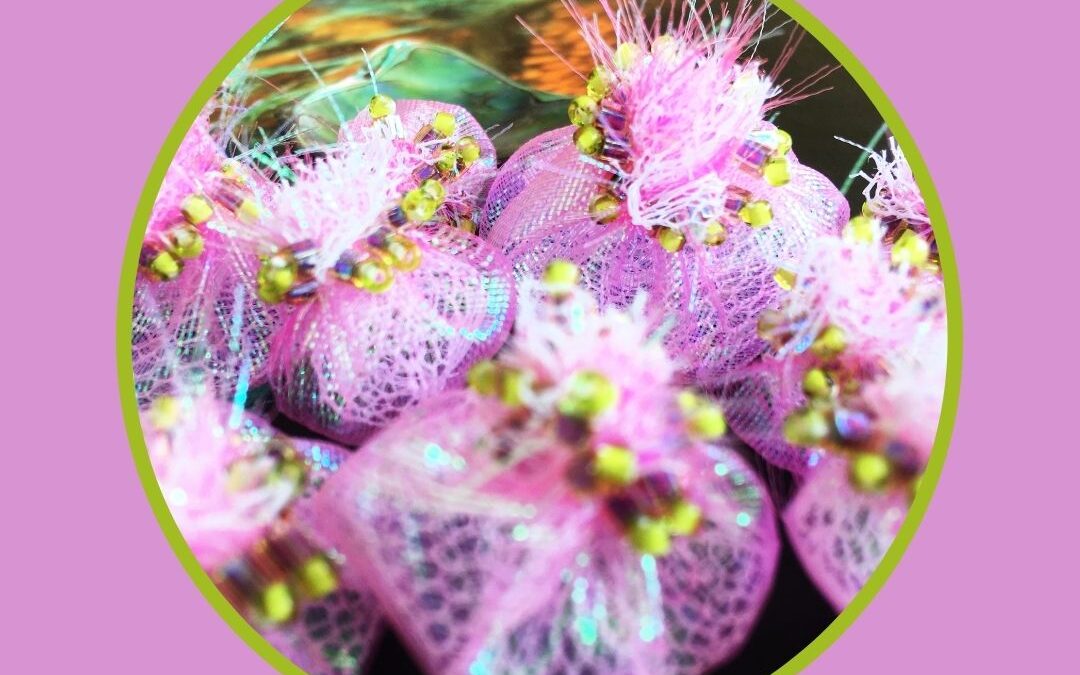 Regardless of how we work as Textile Artists, we should always be asking ourselves that hugely important question, ‘what if?

Normally routine and process-driven, my own work usually involves taking lots of images then distilling parts I find interesting into new drawn design work, which is then transferred and interpreted using machine embroidery.

However, a piece I’m working on at present has evolved in a completely different way – and has led me down some very interesting ‘what if’ paths – mostly with no drawing – at all!

And it all revolves around hand embroidery – something I haven’t worked at in years.  It’s been fascinating to get back into stride utilizing hand techniques, but what I’ve found has happened here is that everything has had to evolve slightly differently.

And it all began when I was deliberating about which path I’d go down for the piece – there’s an environmental and colour theme in the brief.  I knew I was jumping around too much, wasting time, so I decided to simply begin stitching a sampler.  That way, at least I was stitching.

And as usually happens when you’re relaxed and working steadily, ideas begin to percolate.  I began another sampler – and that’s where I struck gold.  I’d accidentally locked into a theme involving something I love but had pushed to the back of my mind.

Coral reefs!  We visited the Great Barrier Reef a number of years ago now, and I adored the colour, the diversity, the contrasts, and the movement.  It was intense – and that’s exactly what my second sampler reminded me of.

So, as you do, I began researching coral reefs and have learned a lot about coral bleaching and warming water temperatures.

There was my theme.  I knew I could incorporate contrasts in colour, shape, size, number, dimension, and texture to create the intensity and interest to try to replicate my version of The Great Barrier Reef.

I love stitching into felt and by the time I’m finished, it will ripple with colour and texture.  I know I can capture the coral bleaching story visually – from the creepy, lifeless, slimy coral gardens to the stark white nearly-dead corals moving up to the visually breathtaking healthy expanses of coral.

And this whole journey has been full of ‘what if’ moments, which has led to some very different work for me. 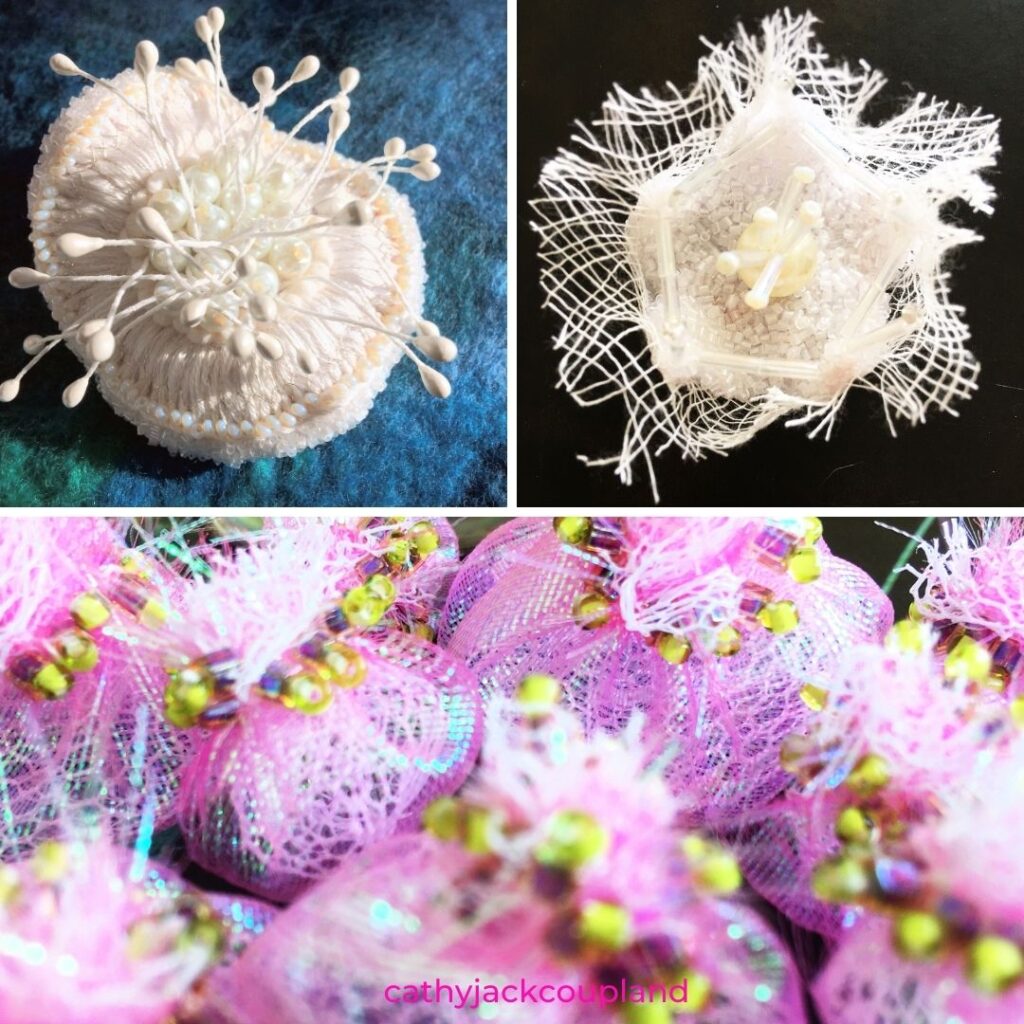 Some have involved taking images others have developed from some simple sketches.  I also began playing around with good old Suffolk Puffs and discovered that if I worked the puff on two circles – one including a very pretty, glitzy fabric, the other a stiff tulle, then when pulled, it would form a lovely bubble shape – and hold that shape because of the tulle. 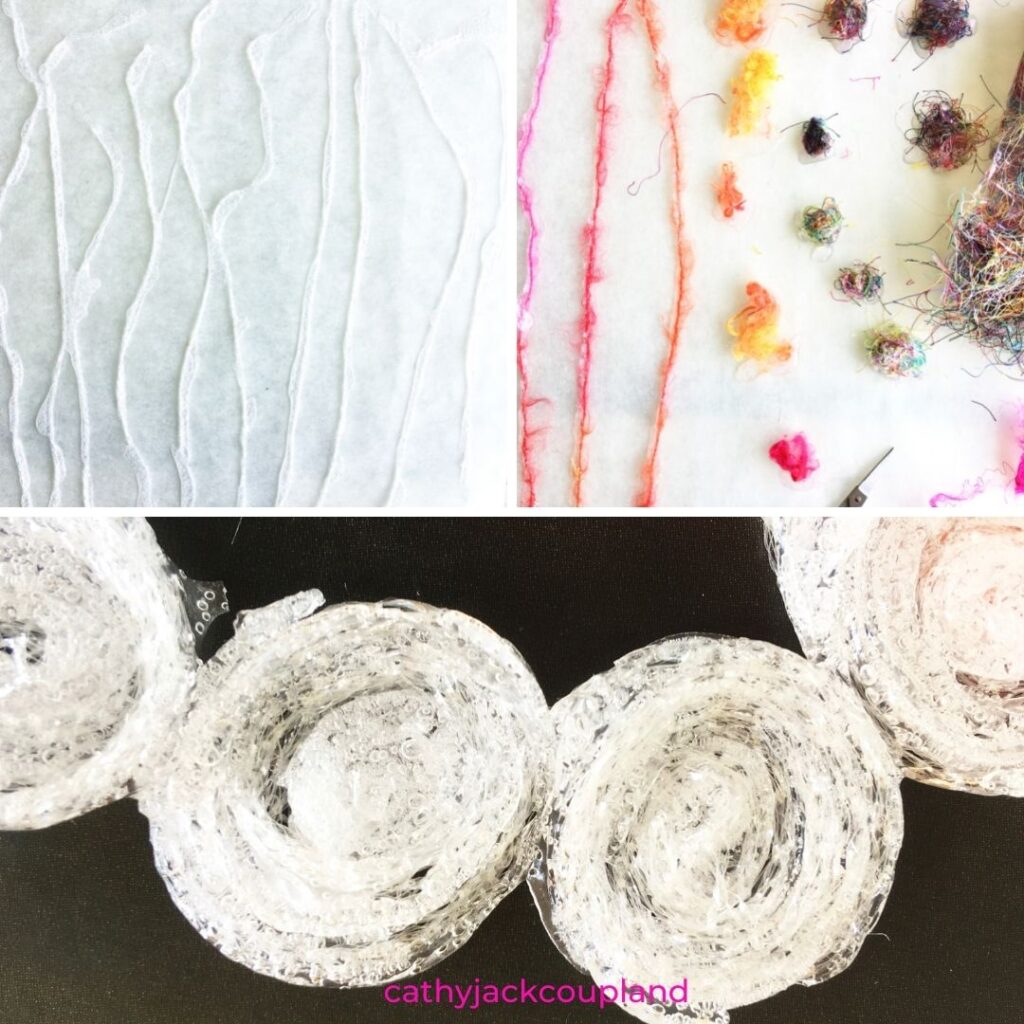 Glue is something I rarely work with.  I find it irritating and only use it where absolutely needed.  But again, I began to think, ‘what if?’, so experimented with four pieces of a pretty polyester thread laid on baking paper then bathed in 450 Glue – as in the image above.

It took a while to dry – a couple of days to dry thoroughly, but what I found was that it created bubbles as the glue dried and that I could twist the thread and dried glue into a circular shape which I can easily couch with a very thin silver thread.  It fits perfectly with my theme.

The top two images, above, show another set of ‘what if?’ experiments, simply using a different thread, some beautiful silk, and some machine thread off-cuts.  Sadly those didn’t work so well.

Who knew I’d ever work with glue – but it’s those hairy-scary ‘what if’ moments that can really pay off and they certainly have here.  I’ve made a number of the white glue circles in varying sizes to include in my new work.

So, the moral of this story is…keep asking yourself, ‘what if?’ and really reap the benefits.